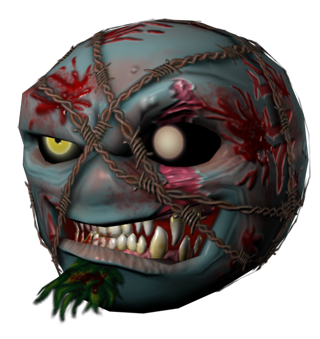 Multiplayer madness has descended on Steam with Madballs in Babo Invasion. It's just been released and it's 20% off this week only. On the Steampowered forums, we found the following.


The long and thoughtful forum comment:
When I saw the announcement for this I thought "WTH? Madballs? Seriously?" Saw it had a demo so I gave it a try for laughs. After playing around with the demo for a bit I bought it, convinced my roommate to buy it, and mentioned it to a few friends online. Getting a game that's this much fun with this much multiplayer goodness for such a low price is almost criminal.

The cut-to-the-chase review:
It's about balls with guns. 'Nuff said.


Also has Steam Achievements and Leaderboards. So pick it up, invite some friends, and get online.

All copyrights herein are property of their respective owners.